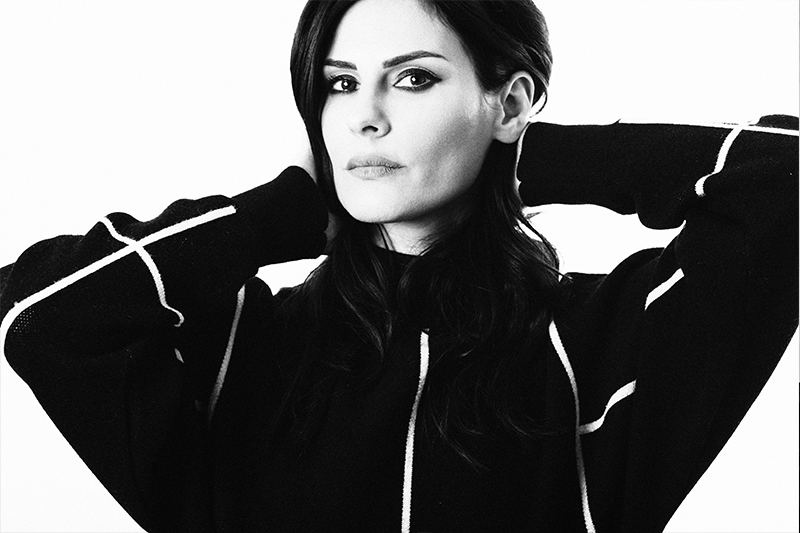 Every artist, regardless of their discipline, needs to evolve. In fact, it is something inherent within creatives. The need to push the envelope, have new experiences, and share new impulses is deep rooted, and yearns to be nurtured. That is the position Rebekah found herself in during the early stages of 2016, fast forward to 2017 and it seems that the fruits of her labour is coming in to fruition as she gets ready to release her debut album onSoma Records.
Celebrating 20 plus years since she first stood behind the turntables, Rebekah has established herself as one of the leading exponents of techno currently operating on the global circuit. Her love affair with the harder sounds stretches back to the legendary Que Club in her hometown of Birmingham where she drew influence from the likes of Dave Clarke, Derrick Carter, Richie Hawtin and Billy Nasty. The fact she now shares billing with artists of this caliber is testament not only to her talent, but the way in which her music has been received by the techno community.
Having made early inroads with EP’s on Naked Lunch, Smut Music, and Cult Figures, it was perhaps her remix of Matador’s “Blond Slackers” on Stolen Moments that really awakened a wider consciousness. Techno luminaries such as Chris Liebing, Adam Beyer, Perc, Dustin Zahn, Tommy Four Seven, Alan Fitzpatrick and Sandwell District all had it as a feature of their record boxes.
With his interest piqued, Chris Leibing invited Rebekah to do a podcast for the infamous CLR Podcast series, and this signaled the start of an ongoing relationship with the monolithic label. Kicking off 2013 by mixing “Reconnected 03” for the imprint, her summer 2013 “Cycles” EP opened her tough, dark, driving productions up to an even wider audience, and was one of the highlights of what would be the break-through year for Rebekah.
2014 saw a series of remixes for solid underground labels such as EarToGround, Sleaze, and Gynoid Audio before a follow up EP for Cult Figures reaffirmed her production proficiency when it came to originals. The year ended with her being invited to launch a new mix series for CLR titled “Mind Sets”. Rebekah also released her first “Elements” EP which reflected her holistic outlook on life by releasing a series of EPs that trace the input of the four elements of Fire, Air, Water and Earth have on the lives of people.
Her relationship with CLR continued into 2015 with her sophomore EP “Distant” re-asserting her position on the global techno scene. This followed a sublime three track EP on Sleaze, and preceded her September release on the mighty Soma Records. The “Confined Heart” EP, and especially the title track, showed off a more subtle and emotional side to Rebekah’s productions. A perfect complement to “Kill Floor” which does exactly as the name suggests.
Her “Beginnings” EP on her own Decoy Records at the start of this year signaled the comingof a new chapter. Her track ‘Orbital’ on Mord’s Herdersmat Part 1-7 highlighted her devotion to the new wave of techno artists and imprints.
February 2016 she continued the narrative started with her “Elements EP” and launched her own event series of the same name. Returning to her home city of Birmingham in the UK, the night served as a showcase for Rebekah’s sound and was joined by Truncate. Later in the year a second event took place in Rotterdam where Perc and Paula Temple were added to the line up at the infamous Factory 010. Early 2017, two more shows happened in Rome and Dublin with Dax J, Gary Beck and again Paula Temple sharing the billing including their take of techno to the concept, which Rebekah notes is all about “bringing all the ‘elements’ together that make the experience of techno so exciting and exhilarating, be it visuals, lighting, and of course the sound system”.
April 2017 will see Rebekah release Fear Paralysis, the album will coincide with the last single from the LP, 1997 Reprise, the third EP in a series which has previously seen Anxiety and Code Black receive critical acclaim from her fans and peers alike, both of which are included on the album. Moving partly away from the dance floor, Rebekah has delved in to the deeper side with more ambient and breakbeat tracks, some vocal overlays but not forgetting that the dance floor is where her heart will always be, so expect some of her signature tough sounds, albeit slightly muted and inline with how she expresses her feelings within this long player.
A tour is already planned with a new hybrid live set at the heart of this. Rebekah will play for the most of 2017 adding in more live elements and more of her own material to create a new experience for her listeners and see how far she can push the boundaries of the modern DJ set. And with Rebekah putting the finishing touches to this hybrid live set, it appears as the diminutive artist with the ferocious sound is set to go from strength to strength in 2017